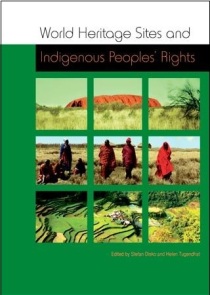 This book includes 20 case studies of World Heritage sites from around the world and relevant background articles. The case studies explore and document, from a human rights perspective, indigenous peoples’ experiences with World Heritage sites and with the processes of the World Heritage Convention. They also identify recurring concerns and systemic shortcomings in the implementation of the Convention, as well as opportunities the Convention may provide for indigenous peoples and the defense and promotion of their human rights.

The book will also be of interest to academics and practitioners in the fields of cultural heritage, environmental conservation policy and human rights.