Irène Bellier graduated from Institut d’Etudes Politiques de Paris (1976), and holds a PhD in ethnology and social anthropology from EHESS (1986). She is currently Director of LAIOS (part of the IIAC team, Institut Interdisciplinaire d’Anthropologie du Contemporain, CNRS-EHESS) and is also vice president of  GITPA (Groupe International de travail pour les Peuples Autochtones). Her PhD  on gender issues in Mai huna society (Peruvian Amazon) has been published in spanish [El Temblor y la Luna, 1991). She focused her research on political anthropology,  while  studying different forms of powerful institutions as to analyze the training process of French elites (L’Ena comme si vous y étiez, 1993), cultural diversity of the European Commission (Anthropology of the European Union. Building, Imagining, Experiencing Europe, 2000), and the integration programs of Roma  people in Europe. Irene Bellier is also a specialist of  development policies and is presently focusing on the impact of the international indigenous movement on the definition and implementation of the rights of indigenous peoples. Her analyzes intend to relate the study of the United Nations’ bodies concerned with  Indigenous Peoples issues, the content of the Declaration on the Rights of Indigenous Peoples and social changes that can be observed worldwide in indigenous communities and mainstream societies. 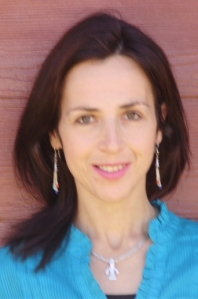 A researcher in law with a bachelor’s degree in public international law from University of Panthéon-Sorbonne, she also obtained a university degree “field international lawyer” from University of Aix-Marseille and a Master in “Latin American Societies Studies » specialising in political science at IHEAL (Institut des Hautes Etudes sur l’Amérique Latine), University of Sorbonne-Nouvelle. She is currently undertaking a PhD in public law at IHEAL on the recognition of rights of indigenous people in Chile and Argentina since their independence and its impact on the organization and the mechanism of the State. Her researches are related to the rights of indigenous people, their legal history, international treaties with indigenous nations, legal pluralism, indigenous legal systems, indigenous self-government, rule of law, constitutional justice, and also the origins of the Law.

He holds a PhD in Social Anthropology and is associate researcher at LAIOS. He is currently working as a manager and research assistant for the SOGIP project. He is studying the evolution of semantics of international institutions’ discourses and declarations on Indigenous Peoples. At the same time, he is continuing his own researches on contemporary Central Asian societies. He is investigating processes of political subjectivation and the everyday pratices of sociocultural associations.

Postdoctoral Fellow with SOGIP (EHESS/LAIOS), affiliated with the ANUCES. Rowena Dickins Morrison holds a Bachelor of Arts (Honours 1)/Bachelor of Laws and a PhD from the ANU. Her doctoral thesis considers the politics of Kanak culture and identity from 1975 to 2005, through a critical discourse analysis of the New Caledonian written press. In 2012, Rowena conducted research into European engagement and identity in the contemporary Pacific as a Postdoctoral Fellow at the ANUCES and a Visiting Fellow at CERI Sciences Po (Paris), within the framework of the EUOSSIC Erasmus Mundus Exchange Project. In 2008 and 2009, she worked at the National Museum of Australia on projects relating to Indigenous Australians. Within SOGIP, Rowena is pursuing her research into the politics of indigenous culture and identity in New Caledonia, during the final phase of the Noumea Accord decolonisation process. She is also studying cultural, political and legal developments concerning the indigenous peoples of Australia and Oceania. In each specific case, the political implications of discursive appropriations of the UNDRIP constitute a special focus of this research.

A graduate in contemporary history ( Rennes II) and information sciences (INTD/CNAM), she was in charge of the implementation of a documention project with the SOGIP program including a website, a documentation watch, collaborative blog and a database. She started working in the daily press with the Daily Mirror in London and with Ouest-France newspaper (Both on the information desk in Rennes and the Paris bureau). She went on to specialise in web and multimedia documentation, being employed with web Agency Protosite and photo Agency hemis.fr. She also collaborated to various multimedia projects including the DVD-Rom «Images of Europe : the cultural patterns of European enlargement»-CULTPAT/UE as part of the European research program CULTPAT/FP5 housed at LAIOS and to the  DVD-Rom «Des peuples autochtones francophones en mouvement» GITPA/UNESCO.  She created, with Nicole Guinel, the Tradaphasia and Aphasia Translate websites and recently directed the video :  « Hybrides humains/animaux éphémères dans le street art » which refers in particular to the Tupinamba community in Brazil.

She has a PhD in political sciences from the University Paris 1 (2010) and is Associate professor in Political sciences, Université de Picardie Jules Verne, researcher at CURAPP, Amiens. She has developed her research on French Guyana since 2003. Her work was initially concerned with mobilisations in favour of land rights in the Amerindian village of Balaté (St-Laurent du Maroni) and local appropriation of indigenous struggles. Her PhD examined the formation of a political space in St-Laurent du Maroni from 1949 to nowadays in order to describe relations between Amerindians, Maroons and Creols on a specific scene. Through an ethnography of local political practices, the thesis details the effective transmission of colonial hierarchies in the contemporary political space. Through SOGIP project, she comes back to ameridian land rights and at large to the appropriation of global Indigenous human rights standards extending her research to French Guyana as a whole and adding a comparative perspective with Surinam.

She has been working with San communities in Botswana and Namibia since 1998, both as a researcher and as  a consultant for the development and evaluation of community-based education and development initiatives. Her PhD thesis in Anthropology (State University of New York, Albany, 2007) focuses on the problems  surrounding the transition of Nyae Nyae Ju|’hoansi children and youth to the formal education system. Her recent publications and areas of research explore issues related to indigenous rights and education, indigenous knowledge, and rights to land and economic livelihood.  From 2007 – 2010 she was a research fellow in comparative indigenous studies in the Department of Archaeology and Social Anthropology at the University of Tromsø, Norway.

Laurent Lacroix holds a PhD in sociology. Since 1997, he has been analyzing the sociopolitical situation in Bolivia while focusing his researches on ethnic policies and agrarian issues in this country. He researches indigenous movements, public policies, State (re)forms, ethnicization processes, territorial governance and more recently the impact of export cultures in Latin America. Between 2006 and 2009, he acted as scientific coordinator of the « Governance and Gender » team at the Graduate Institute of International and Development Studies (IHEID) in Geneva within the framework of NCCR North-South programme. He is an associate researcher with the CREDA (CNRS, IHEAL, Paris) and has obtained the French qualification title of lecturer (MCF) in sociology and/or demography in 2009.For more information on his activities : http://www.laurentlacroix.blogspot.com/

Chan Langaret is a doctoral researcher in socio-anthropology at Paris Ouest Nanterre La Défense University, integrated to the Laboratoire d’Anthropologie des Institutions et des Organisations Sociales (LAIOS-IIAC). He is also the SOGIP team’s coordinator/manager and research assistant. Chan’s doctoral research focuses on actors in France, exploring the links and the differences that exist between the actor as an individual and the characters to which he/she gives life, on the fictional stage and on the social and public stages. The socio-anthropological methodology allows for the analysis of these sociocultural phenomena as they are socially defined within/by the collective, but also as they are anthropologically experienced by the individuals concerned. Chan also teaches sociology and anthropology at Paris Ouest Nanterre La Défense University (since 2004), and at the Saint-Denis and Paris CNAM centres (since 2011).

Postdoctoral researcher with SOGIP (LAIOS/EHESS) / Member of the team “anthropology of perception” led by B. Glowzcewski at the Laboratory of Social Anthropology of the College de France. Martin has a PhD in social anthropology from the EHESS-Paris and James Cook University (2009). He has developed his research on Indigenous Australia since 2004. His work was initially concerned with indigenous painting and performances, analyzed as signs of the political and cultural relationships between Indigenous people and the State. His PhD examined Kimberley Aboriginal people’s regimes of representation and political action. Developed in collaboration with the Kimberley Aboriginal Law and Culture Centre, an organization that federates around thirty indigenous groups, the thesis details the political, cultural and historical underpinnings of indigeneity in this region through an ethnography of Kimberley Indigenous networks and localities. Within SOGIP, his research extends to Australia as a whole, questioning the articulation of Indigenous and non-Indigenous institutions and the appropriation of global Indigenous human rights standards in Australia.

He holds a PhD thesis in Social Anthropology (EHESS 2004), and is a Post-Doctoral researcher in the SOGIP project within the LAIOS, as well as an associate member of the Centre for South Asian Studies (CEIAS, CNRS-EHESS, see website for more details). Since 1999, he is specialized in the history and ethnography of the adivasi (“aboriginals”) or Scheduled Tribes(‘scheduled’ by the Constitution) of India, particularly in the State of Orissa. More recently, he studied the adivasi / Indian tribal art (See web site of quai Branly Museum). Within the SOGIP project framework, he extends his researches to the adivasi claims regarding land rights and self-determination concerning their territory, education and intellectual as well as cultural property rights.    More information on his activities